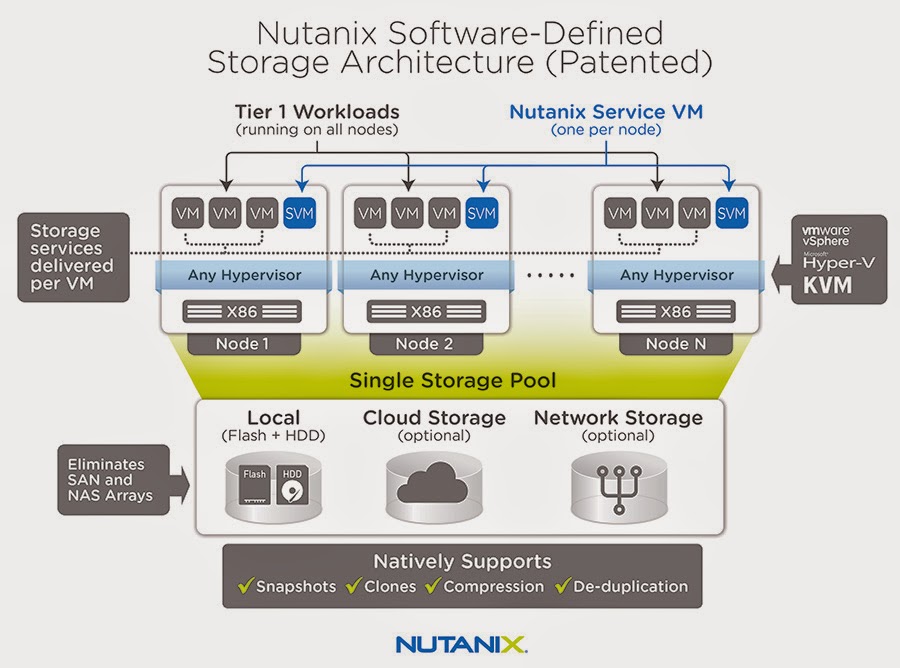 Nutanix has always included software capable of running on generic off-the shelf hardware.
(as in above figure, x86 hardware) Even though the software is abstracted to run on any hardware, Nutanix recommends choosing from a shorter list of hardware possibilities rather than providing a compatibility matrix.  Choosing from this shorter list enables the customer to purchase a solution which has been thoroughly tested by the Nutanix QA and hardware experts on the Nutanix Engineering team (Quality over Quantity). It can be compared to the synergy between a horse (HW) and a jockey (SW), so that the horse can run faster under guidance of the jockey.

Problems with providing software only solution with a compatibility matrix:

It is impossible for any software vendor to test all hardware, even if individual components are certified. It is so difficult to draft a reliable compatibility matrix. There are Knowledge base articles explaining how to use compatibility matrix. Furthermore, no software vendor should put the burden of validation on the customer. Many vendors use this matrix to avoid responsibility for failures in their products.

Just because a particular software is hardware agnostic, it is not guaranteed that the hardware as a whole provides capability of running the software at an optimal level.  Just a small queue-depth in a controller could cause performance issues and take days to pin point the problem even with all the KBs and blog posts.

Nutanix has taken a different approach by owning the hardware qualification process even though Nutanix's IP is entirely software related. Nutanix ships super tested, qualified and validated off-the-shelf hardware appliances so customers can run their production workload at ease and have peace of mind with their data. Due to the ease of setup and configuration, most Nutanix customers are able to put their new hardware into production within a day. 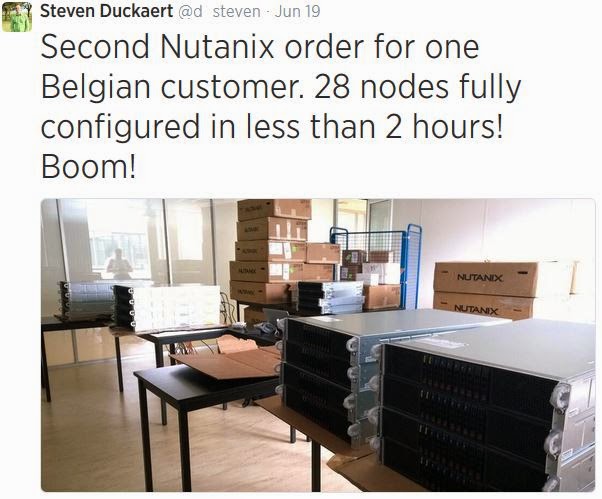 In taking this approach, Nutanix has built a world-class hardware engineering team with industry experts, allowing them to take on the additional responsibilities of testing, qualifying, and certifying additional hardware. Nutanix is excited to announce a new partnership with Dell to deliver another exciting hardware option for its customers.  (Refer: http://www.nutanix.com/the-nutanix-solution/tech-specs/#nav). Nutanix will continue to provide the appliances and add additional models as new innovations occur (HDD/SSD/NVRAM-e/CPU/Memory/GPU/etc).

DELL is a valuable IT partner to many of the big enterprises. Many of these enterprises have tested and purchased Nutanix Appliances by getting one time exemption from their purchase department.   DELL and Nutanix OEM agreement removes this exemption requirement. 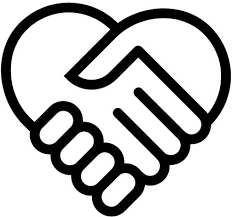